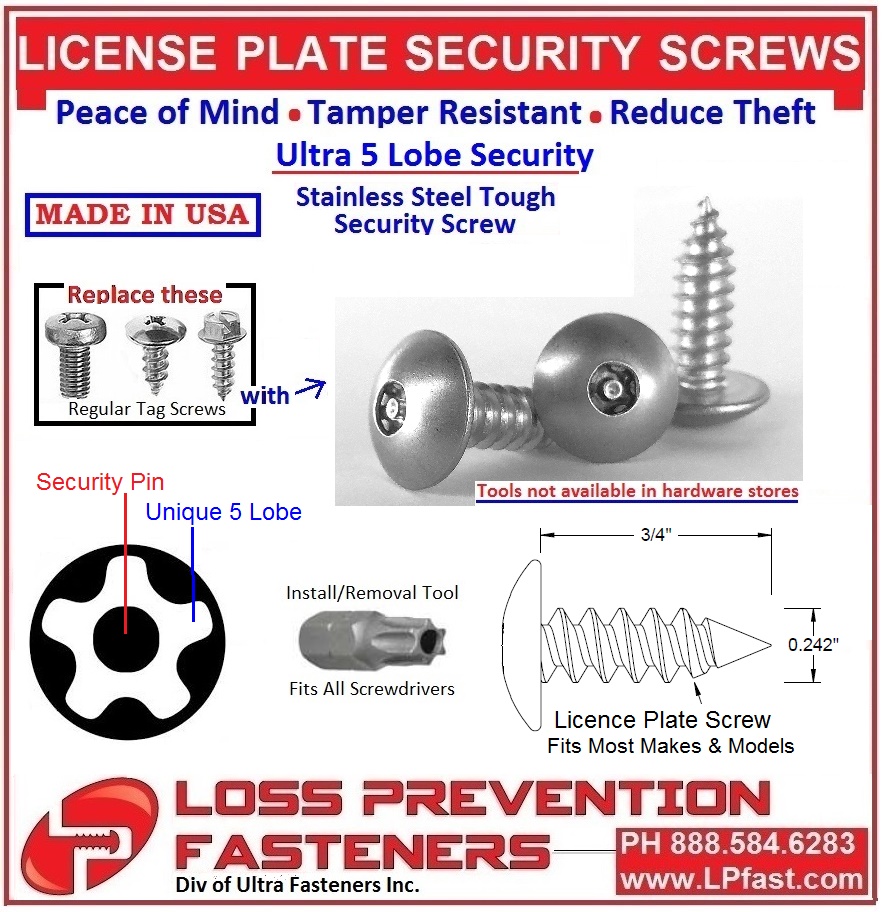 Small package kits available for individuals.
Scroll down to view all items.
Contact us with email: sales@lpfast.com OR To Speak With a Real Person Call 1. 888.584.6283 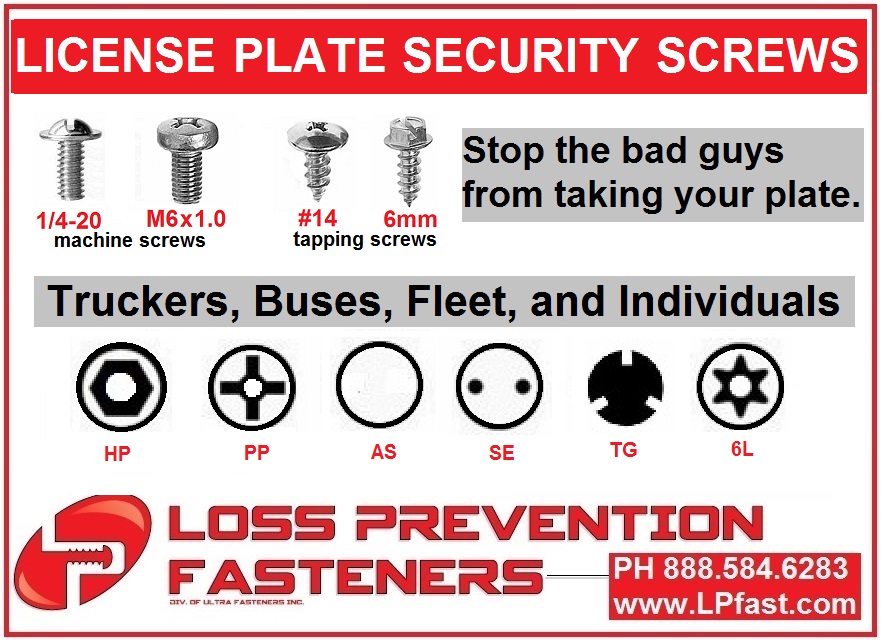 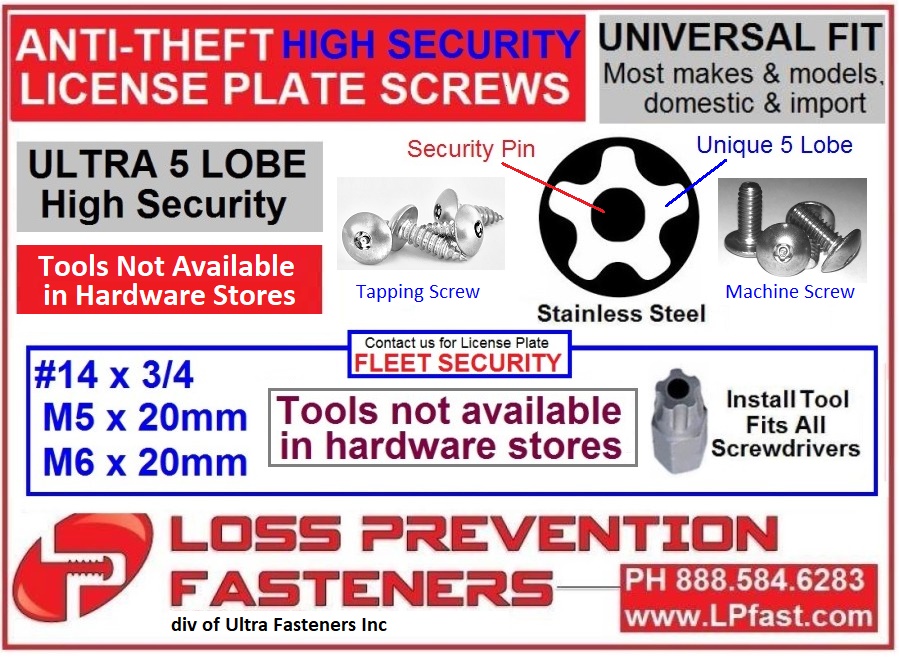 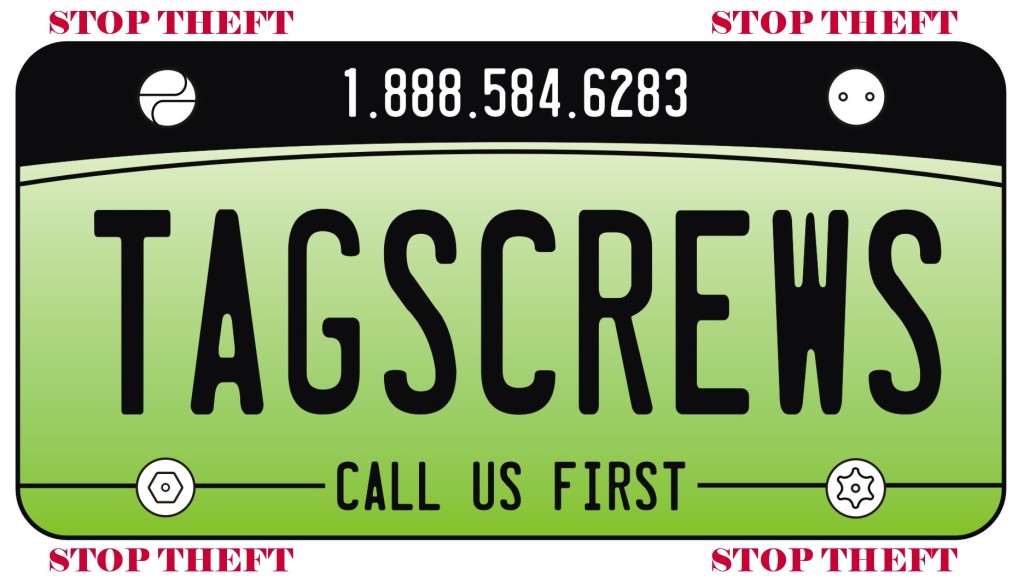 City cops are urging residents to secure their license plates — so they don’t get “screwed” by crooks.
Licence plates are becoming a hot target for thieves in the city, say city police.
From January to June of 2013, roughly 1,100 licence plates have been reported stolen city-wide — compared to the 2000 stolen in all of 2012.

Cops say criminals may attempt to use the stolen licence plate to disguise a stolen vehicle or commit other illegal acts.
Southwest division Const. Jerrid Maze says these thefts are completely preventable.
Anti-theft screws are designed to allow anyone to use a screw driver to put the plates on but require a specialized tool — only available to police and authorized partners — to be removed.

“The second that the bad guy has to go to a multi-use tool or fiddle around, he’s probably going to move on.”

Maze said these days people are less likely to even realize that their plate has been removed, noting that few people do a full walk around every time they get in their vehicle.
“People don’t walk around their vehicles anymore to check if the tires are full,” he said.

“Most don’t realize until they’re stopped by police.”

If a licence plate is stolen, report the theft to police.

City cops will list the plate as stolen in the database for stolen vehicles and give you a file number that can be taken to a registry to get your licence plate replaced at a discounted rate. 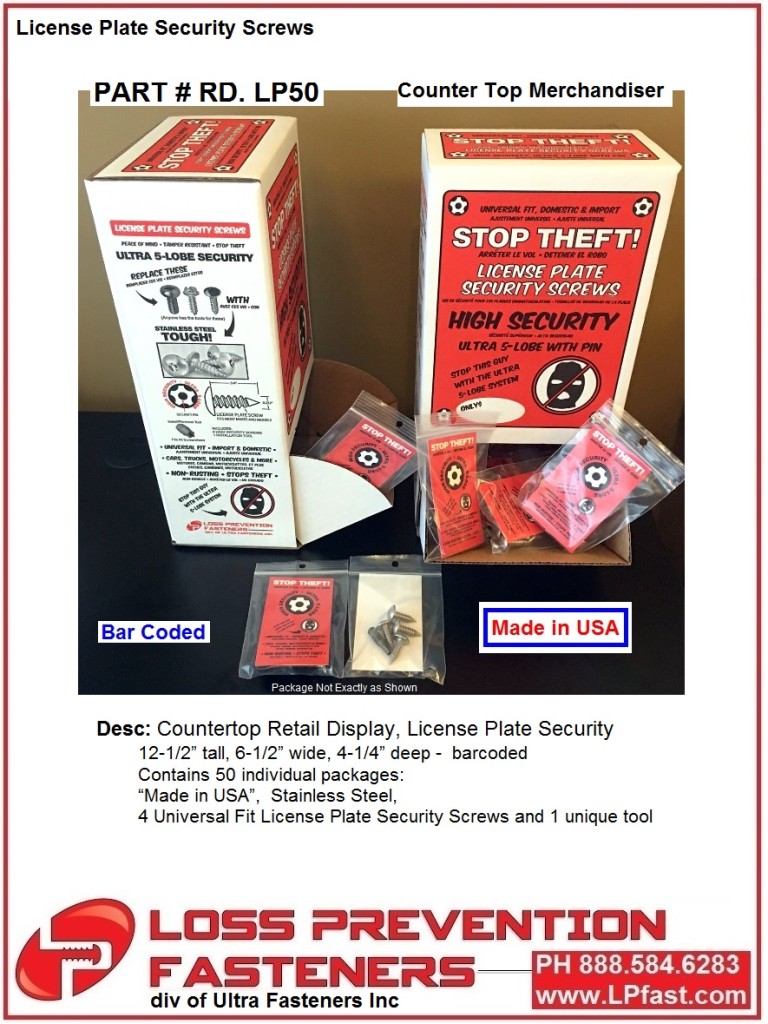